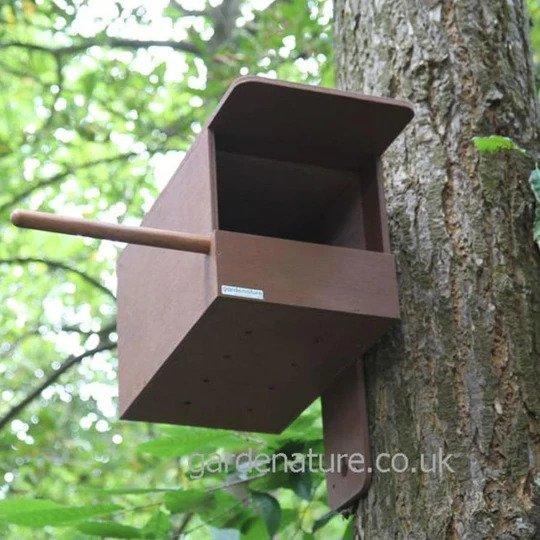 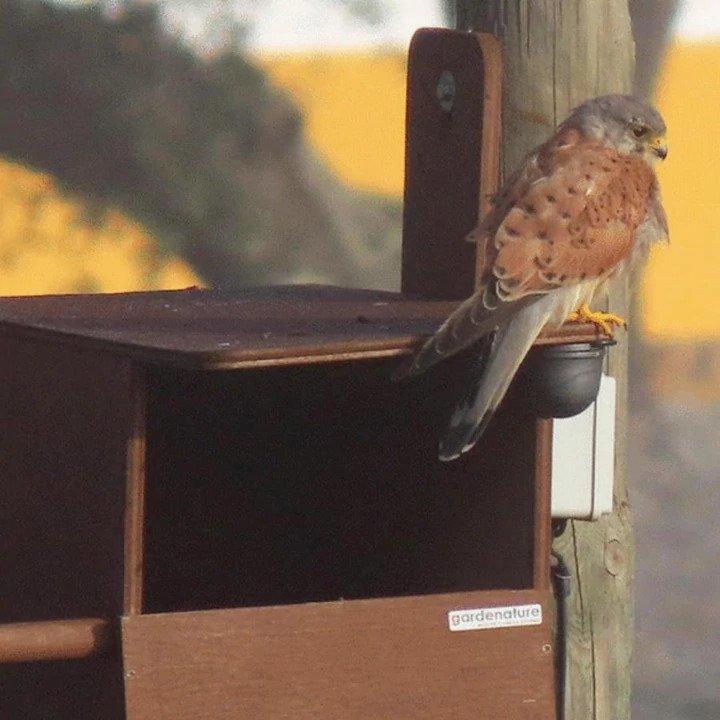 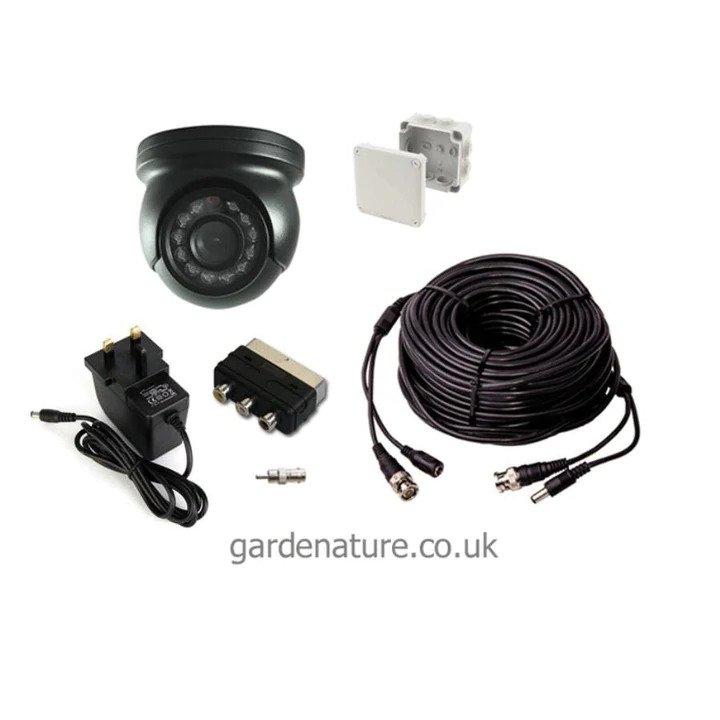 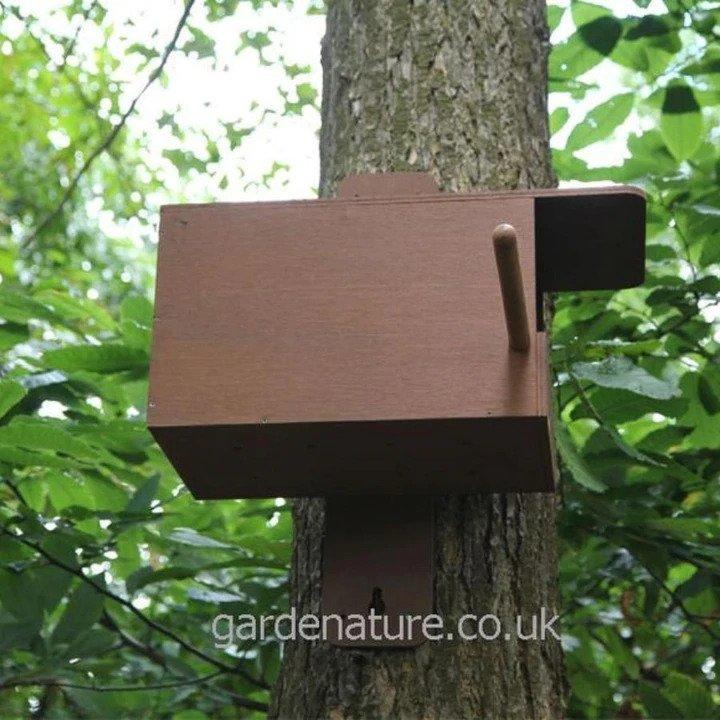 This Kestrel Nest Box, with its pre-installed camera, is constructed from exterior grade 12mm bonded plywood.
Please note: To offer a more environmentally friendly product, our Kestrel Nesting Boxes are no longer treated with resin. The colour of the product you will receive is significantly lighter than the one pictured. Please see our A-Frame Owl Box for colour reference.

Handmade in our own workshops to RSPB specifications, the Kestrel box is designed with a sheltered open fronted access, a removable perch and a sturdy fixing plate for optional side or back mounted installation. This popular type of Kestrel box provides a long-lasting nesting site for breeding Kestrels to return to year after year.

This kestrel box will arrive complete with pre-installed colour camera connected to your selected cable length making it very easy for you to set up to your TV or monitor. Optional PC/MAC connectivity and other accessories are available.

About the size of a golf ball, the mini eyeball camera fitted to this box is a weatherproof Sony chipped 600TVL CCD camera which has a 3.6mm lens. Set in a metal casing this rugged camera has infrared night vision offering high resolution colour images during the day and black and white images at night.

The Rest of the System

A professional x3 core cable (Audio/Video/12vDC) is already connected to the camera in the roof of the nest box, the other end of the cable needs to be routed into your property.

The cable plugs are black, yellow and white. The black is for mains power and connects to the (supplied)12V DC power adaptor / plug. The remaining RCA yellow (video) and white (audio) connectors can either plug into a spare AV/AUX socket on your TV, / DVD recorder, or a spare TV SCART input using the (supplied) SCART adaptor.

Switch on at the mains plug, then select the appropriate AV channel on your TV, sit back and wait for the show to start! All very easy, but if you need any help we are just a phone call away.

Kestrels are the most common birds of prey in Europe and can often be seen perching high on tree branches, telephone wires, road-signs and tall buildings while they search for prey.

Although their numbers have declined in Britain over the last few years, their habit of hovering, particularly near motorways, means they are also one of the easiest to spot. While hovering, they have an extraordinary ability to keep their head totally still, even in strong winds. This allows them to pinpoint and catch small mammals and birds by sight alone.

A kestrel is capable of locating its prey at remarkable distances; it can see and catch a beetle 50 meters from its perch. Kestrels need to eat 4-8 voles a day, depending on the time of the year and the amount of energy consumed while hover-hunting.

The Kestrel is a protected species; at last count there was approximately 50,000 breeding pairs in the UK. Kestrels tend to stay within their home ranges throughout the autumn and winter, with breeding starting in February.

Kestrels are adaptable in their use of nest sites, but do not build their own nests. Old or disused nests of crows and other stick nesters are often used, as are ledges on cliffs and buildings. They are also regular hole-nesters and readily accept man-made nest boxes. The same nest site is often used in successive years with some sites used for decades.

The item has been added to your basket